aerialGolfCaddy Ltd. is a new technology startup which provides FREE Aerial video of Golf courses hole by hole. We use the latest in Drone technology to film footage of each hole of the course in stunning 1080p High Definition.

All course's which have partnered with aerialGolfCaddy are contained within our Course Directory, providing you with full course details, directions, and hole by hole maps and Aerial flybys!

For all of the golf course's which appear on aerialGolfCaddy, we produce a free personalised mobile app for the course, available on both Android and Apple phones which contains the full aerial video for each hole, electronic scorecard, GPS, and lots more.

To find out more information, or request that we fly your course please email us at info@aerialgolfcaddy.com

In the world, there are four most prestigious men golf tournaments, and they are called the “Major Championships”. The name of those four tournaments are:

Men Major Championships are popular in online casino for sports betting. They are special because unlike football and basketball; there are not that much golf matches, and most people like the major championships because they see them as a real opportunity to win real money. Golf as a chance for betting is also now in most of the mobile casino apps. There is a special application called golf caddy app that is specially made for following results on the official golf matches. Despite the men golf, other championships for women are also very popular. There are also four “major championships” for women. The four majors for ladies are:

Women’s British Open is the only one recognized simultaneously by the American and European Ladies Tours.

Golf was part of the Olympic games, but it was removed. Its first appearance was in 1904, and after a long pause, it reappears in Rio De Janeiro Olympic Games in 2016.

What's the catch, how can this service be free?

There is no catch, we will come and professionally film your course from a birdseye view for free, and also create an AerialGolfCaddy Android and iOS App using the footage. Your course is also then added to our popular Course Index. We recoup our costs through sponsored Ad's which appear on our Course Index, and through the sale of the apps. As an even more amazing incentive for your club, we also share a percentage of all App sales back with you, as well as allowing you to earn from sponsorship sales on your clubs page on our course index.

Course Of The Month 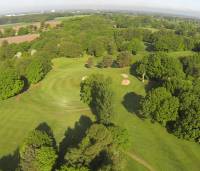 Crewe Golf Club is a private parkland course set in 150 acres. It enjoys open vistas in every direction with scarcely a building to be seen. Visitors and new members alike are most welcome, so come and enjoy the course and the friendly hospitality to be found in the Clubhouse.

Filming your course to appear on AerialGolfCaddy and the creation of the course App is completely free of charge. We do however offer some premium services including the creation of promotional videos like the one below, and also Aerial Prints and Canvases, as well as banners, be-spoke website creation and many more services. Please ask our rep for more details. 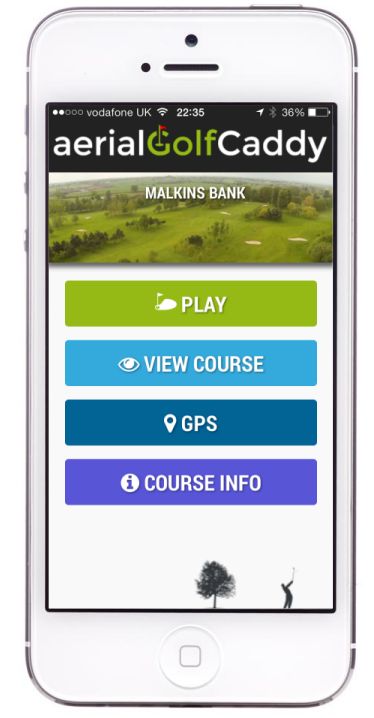 Have you ever watched Golf on TV and seen the aerial footage of a hole which is being played, and wished that you could have that when you played golf!! No longer worry about what obstacles are coming up ahead, and gain an advantage over other players by being able to pull up video at any time whilst you play!

For all of the golf course's which appear on aerialGolfCaddy, we produce a personalised mobile app for the course, available on both Android and Apple phones. The apps contain a HD fly-by video of each hole. The video is stored on your phone so you don't have to worry about losing signal and not being able to watch them whilst on the course. Alongside video, the app also features a full electronic scorecard for the course, built in maps and GPS distance to the hole you are playing and much more.

There are so many different golfing apps on the market, but we pride ourselves on having one thats very simple to use, and offers features that no other App can match

AerialGolfCaddy At The London Golf Show 2014
Our Partners